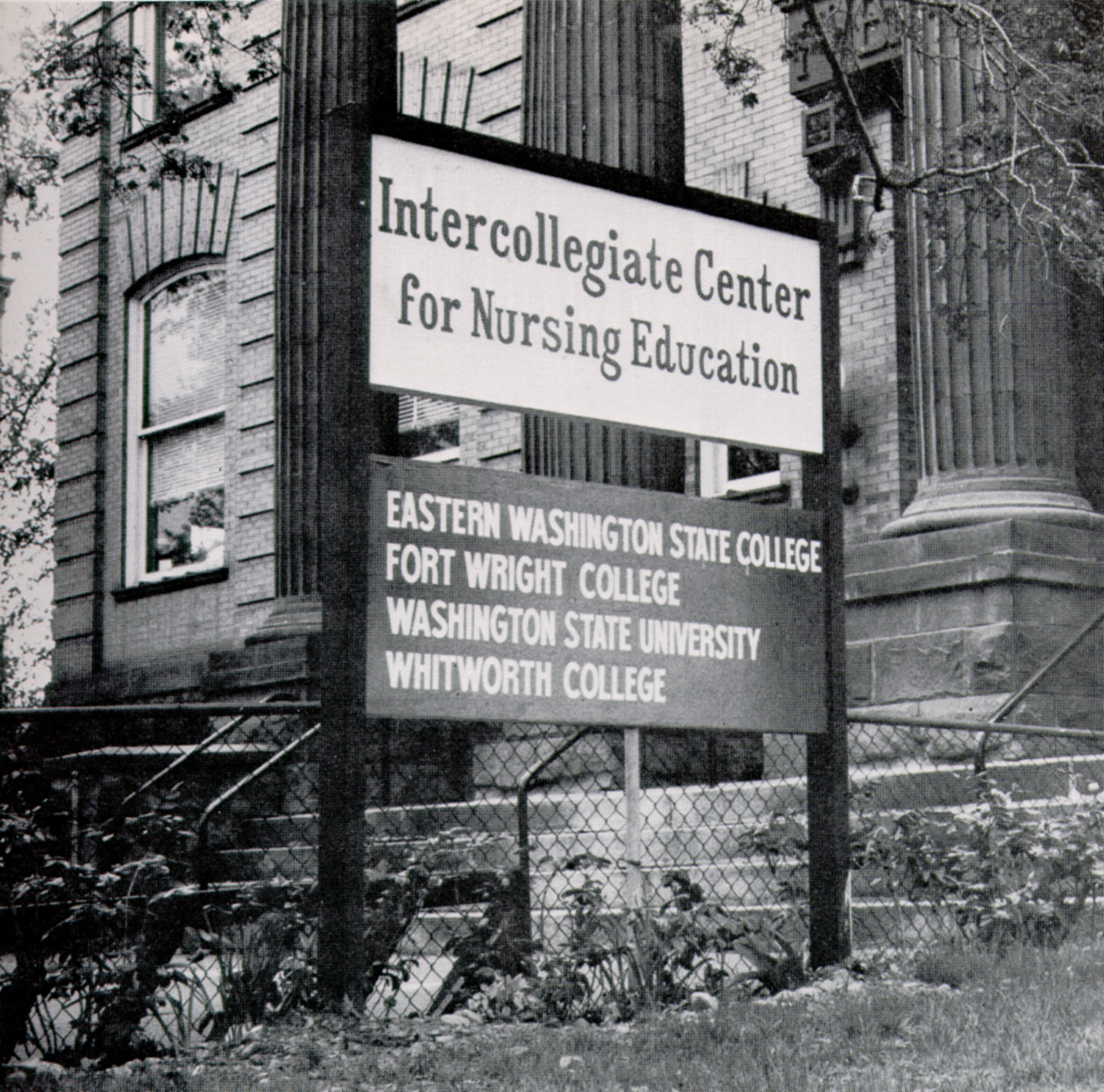 In the mid-1960s a visionary group of nurse leaders in Spokane, Washington, knew how important having a bachelor’s degree would become to the practice of nursing. Yet there were no four-year nursing programs in the region.

The inaugural class of 37 BSN students entered the historic Carnegie Library Building in downtown Spokane for their first day of class in 1969. Attendance grew quickly, leading to expansion of the BSN program statewide.

ICNE outgrew its Spokane location, moving to the Magnuson Nursing Building near Spokane Falls Community College in 1980. Soon after it began offering a Master of Nursing program.

By 1990, WSU had advanced its technological capabilities and began offering a two-way television network where classes could be viewed by the college’s nursing sites outside of Spokane. These capabilities allowed ICNE to develop the state’s first RN-BSN program in Spokane, Vancouver, and the Tri-Cities for registered nurses to continue their education while balancing careers and family obligations.

The college changed its name to the WSU College of Nursing in 2008, and the next year moved to the WSU Health Sciences Spokane campus, the first college to relocate there.

The college continues to excel in nursing education, graduating competent, culturally aware, and prepared nurses. Degree offerings have shifted over time to reflect the healthcare delivery needs of the region, and current degree programs include BSN, RN-BSN, MN, PhD, DNP, and graduate certificates.

Today the Washington State University College of Nursing educates more than 1,000 students annually working towards their bachelor’s, master’s, and doctoral degrees. It conducts patient-focused research aimed at transforming and improving health care for all.

Read a detailed timeline of the college’s history

Watch a video prepared for
the college’s 50th anniversary