As reported (Aos, 2006) the aggressive implementation of evidence-based treatments for mental health and substance use disorders could result in savings to Washington State in excess of one billion dollars. Unfortunately, the majority of these evidence-based treatments have been developed for use in urban areas. Certainly, it is understandable that the majority of services would be developed for the majority of consumers who reside in urban areas. However, estimates suggest that 80 percent of the total US land mass and at least 20 percent of the population resides in rural or frontier areas (e.g. Stamm, Metrick, Kenkel, et al., 2003). These areas are often characterized by relatively high levels of poverty, lack of health insurance, higher rates of chronic disease, less within-community cultural diversity, lack of medical and behavioral health care providers, natural barriers (e.g., travel distance to services, extreme weather, etc.), and an older population than is found in urban areas (Stamm, 2003). Thus residents of WA State in Rural and Frontier communities do not have the same access to evidence-based care that the State’s urban residents enjoy. According to the state of Washington Office of Financial Management, 19 WA counties meet a population/square mile definition of rural (less than 50 people/square mile), and four meet the definition for frontier (less than 7 people/square mile). Thus, out of 39 Washington State counties, 23 are rural or frontier. With this in mind we are planning on aggressively engaging in work designed to develop and implement evidence based practices in rural and frontier communities. Specifically, we want to establish a program of excellence in Rural Mental Health and Substance Abuse Treatment (RMHSAT). This program will engage in technical research to refine, develop, disseminate, and sustain evidence based treatments in rural and frontier communities. In addition, the program will reflect an interdisciplinary team approach for adopting cutting edge technology transfer methods. Finally, the RMHSAT program will provide an ideal venue for training practitioners as well as students interested in developing expertise in research or clinical applications with this population. 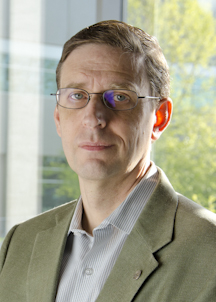