Asian Americans (AA) are the fastest-growing ethnic group in the United States. A 162% (vs.44% in U.S. total population) increase in the AA population is projected between 2008 and 2050. Breast cancer is the most commonly diagnosed cancer among AA women in the United States, but AA women’s mammography rates are well below national goals and are consistently lower than other U.S. ethnic groups. The purpose of this study is to adapt and test a theoretically tailored, culturally appropriate educational intervention (TBHEP: Targeted Breast Health Education Program) designed to increase mammography screening among immigrant Vietnamese American (VA) women. We previously developed and tested the TBHEP intervention, which was effective in increasing mammogram screening among immigrant Chinese American (CA) women. In the proposed study, we will adapt overlapping cultural and health beliefs from the CA intervention for VA women. We have modified and translated health messages into Vietnamese. To be culturally appropriate, meaningful, and translatable, TBHEP is being renamed as Early Care for Health for VA women. The project will be completed in 12 months. Findings will inform a later randomized controlled trial with VA and other Asian subgroups. With the local Asian community, we developed the following specific aim: To demonstrate the feasibility and acceptability of an adapted, theory-driven breast cancer screening intervention (Early Care for Health) for 40 VA women aged >50 years using a single group testing. 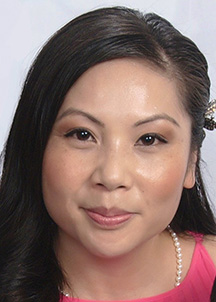