When Dr. Kawkab Shishani joined the faculty at The Hashemite University in Jordan, she noticed how many of the student nurses and doctors used tobacco.

“I was shocked,” she said of the experience and her subsequent research. “They smoke at higher rates than the general public.”

That set her on a course of research and scholarship on tobacco use and tobacco cessation that still defines her career as an associate professor at the WSU College of Nursing.

She said the healthcare system there has traditionally been less focused on prevention and more on treatment, and smoking rates are high in Uzbekistan. But representatives from the Ministry of Health knew her research background and wanted to collaborate, she said.

A literature review found that there had been no studies on youth tobacco use in Uzbekistan, so that’s where she started. Her research will evaluate smoking rates among young people at a school in Tashkent; she also introduced the same tobacco-prevention program there that she has used in Spokane.

Government and health officials there are “very interested and excited about the curriculum,” Shishani said. 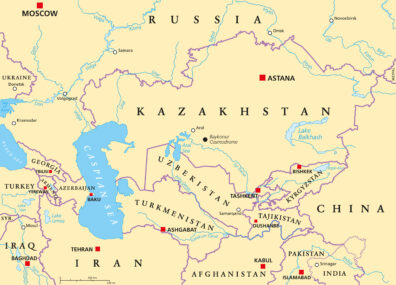 While the coronavirus pandemic halted the project last summer, Shishani hopes to renew the project later this year. She received a four-year grant from the Finnish Lung Health Association to support the work, as well as funding from Washington State University.

Still to come are writing clinical guidelines for smoking cessation, outreach to rural physicians and launching the youth-smoking research project.

“My work related to tobacco cessation in the Middle East and in Central Asia showed me that the needs for tobacco-use prevention are similar regardless of geographic boundaries,” Shishani said. “I hope I can extend these opportunities to other countries around the world and share my resources, knowledge and skills.”