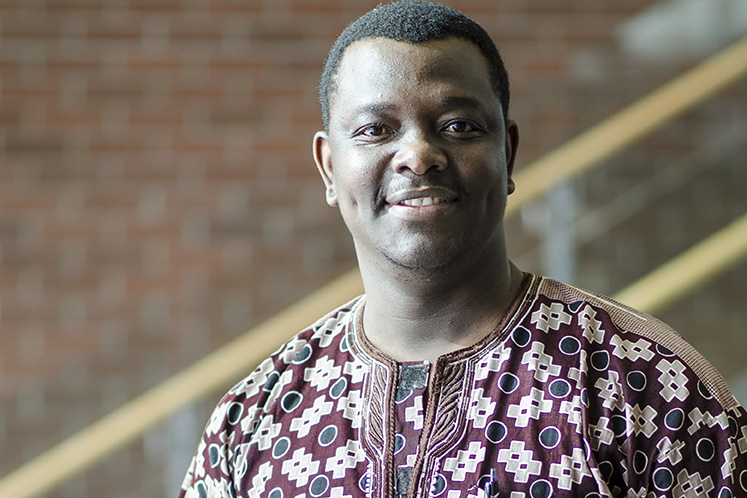 “Going to school was a privilege for me,” said Saba, the son of a pastor and the oldest of six siblings.

He wanted to give other children the same privilege, so at 18, he founded Findawende, or Praise God, a primary school in the outskirts of the capital city. He hauled and sold water to raise money for the school, and helped build the first schoolhouse.

Fast forward a decade, over the long and difficult path Saba took to the WSU College of Nursing, and his goal remains the same: to help his native country, this time by establishing a health care center next to the school.

“Abel is a very compassionate man,” said one of his WSU instructors, Susan McFadden. “He has a very gentle spirit, but a directed purpose.”

He graduates with a Bachelor of Science in Nursing in May, then intends to go directly into the College of Nursing’s Doctor of Nursing Practice (DNP) Family Nurse Practitioner program.

Saba, 36, calls the United States “one of the only places where your dreams can come true.”

He arrived on a visa in 2009 and worked in entry-level service jobs, but still managed to send money home to help support his school. “One year I was able to sleep at work,” he noted, which enabled him to save and send even more money.

Though fluent in French and in a regional language, Moore, he had to learn English when he arrived in the U.S. Then he became a Certified Nursing Assistant, and worked overnight shifts so he could attend classes for his nursing prerequisites during the day.

Accepted at the WSU College of Nursing, he arrived in the fall of 2015 and was joined by his wife from Burkina Faso that year. The couple now has an infant son.

Saba said the WSU nursing community has helped him immensely during his time in Spokane. “The instructors and staff will do the best for you to succeed,” he said.

Fellow students are on the board of a new nonprofit he started called Ezer International. And Sabo would like teams of American nurses to visit his health clinic once he gets it off the ground.

He’s still got to get through his last semester and his DNP program; he hopes to return to Burkina Faso by 2022.

However, said Saba, “I know through hard work it’ll be possible.”

Abel Saba’s school has a fundraising site in the U.S., www.kidsinburkina.org.