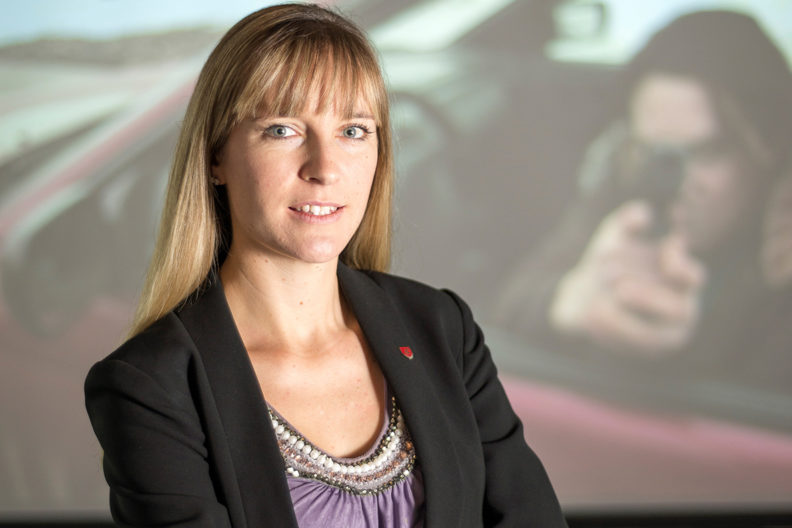 A portable use-of-force simulator aimed at launching a new era in police training is being rolled out by Washington State University.

Called the Counter Bias Training Simulation, or CBTsim, it is the only simulation technology to use interactive video scenarios derived from extensive research of actual police-involved shootings over 30 years in the U.S.

Developed by researchers at WSU’s Simulated Hazardous Operational Tasks Laboratory in Spokane, the device is being offered as a science-driven training tool at a time when shootings involving police are under intense public scrutiny.

“Whether officers are too quick to shoot or hesitant to shoot in fear of reprisal, the level of threat is the only thing that should influence decisions to shoot,” said assistant professor Lois James, who created 60 interactive scenarios drawn from her analysis of data on encounters where both police and suspects used deadly force.

Evidence-based training, from the streets

CBTsim projects full-size, high-definition video scenarios where officers must make rapid decisions in tense situations. Instead of pressing “shoot/don’t shoot” buttons, participants are armed with a Glock pistol equipped with a laser sensor. All the while, the simulator precisely tracks when the weapon is fired and where the laser strikes.

“We’ve been able to recreate critical situations that officers face on the street using evidence-based variables,” said James. “If training scenarios aren’t realistic, then officers aren’t getting the information they need to make life-or-death decisions.”

Simulation participants confront a host of variables ranging from day vs. night, a ghetto vs. upscale neighborhood, friendly vs. angry suspects, the suspect’s hand position and weapon type and how he or she is dressed.

The suspects, played by professional actors, represent many types of people – men and women, young and old, white, black and Hispanic, middle class and homeless. Not all are armed. Sometimes it’s not clear.

“Is that a gun or a wallet that the suspect is reaching for in a back pocket? The positioning of his or her hands can tell a lot,” said James.

“It’s the cues – not the race, gender, age or socio-economic status – that matter. By exposing officers to reality-based training, we can counter-condition any bias-driven responses,” she said.

A debriefing occurs immediately following each video scenario, when a police trainer moderates questions and answers and solicits feedback from the trainee and other officers in the room. This allows officers to reflect on their motivations to shoot or delay shooting, said James, and any biases that may have surfaced can be reviewed in a practical, non-judgmental way.

The portable training is also unique in that it is both available and affordable to law enforcement agencies around the country, said James.

“Smaller police departments typically don’t have access to use-of-force simulators, so we take our CBTsim to them,” she said.

Astoria, Ore., is the first police department to sign up for CBT training, scheduled for Dec. 6-7. Calling it “practical, academic and performance-based,” police chief Brad Johnston said the information will help his officers be aware of the impact that biases have on their judgment and reactions while also improving their performance.

James developed the CBTsim training with support from WSU’s College of Nursing and a grant from the university’s Office of Commercialization, which helps get researchers’ innovations out of the lab and into the marketplace.